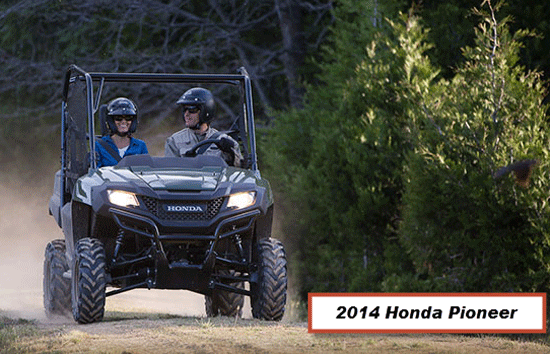 Honda replaces the Big Red with the Pioneer for 2014.

The Honda Pioneer 700 and 700 4 seater that will be introduced as a 2014 model will attempt to right the wrongs of the Honda Big Red it replaces. The previous Honda side by side wasn't terrible, it just never caught on with Honda dealers or customers. Since almost twice as many dealers have already signed on to sell the Pioneer than the Big Red, they're already off to a much better start.

Honda's game plan seems to have been to retain the solid driveline from the Big Red (with a few tweaks), but house it in a whole new chassis with an upgraded suspension and lots more versatility. Oh, and dramatically better looks! If you described the old Big Red as "dumpy", you would have been considered kind. 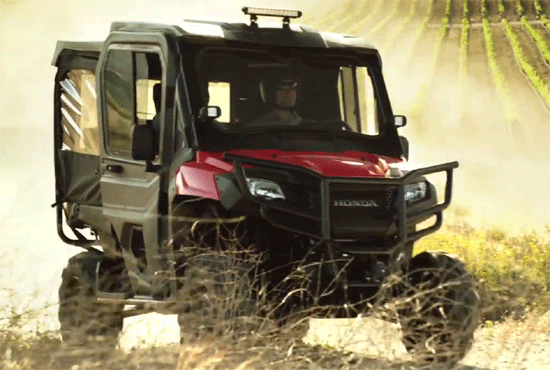 The Pioneer 700-4 shown with optional cab is a more serious UTV than the Big Red.

Engine - The 675cc single is the same as it was in the Big Red. Same low and mid range grunt, same lack of top end power. It does get an anti-vibration rubber mount in a sub-frame in the Pioneer. Top speed is up to 43 mph.

Transmission - No big changes here either, just some tweaks. Still a 3 speed automatic with reverse, but now with 2 different shift programs. Kind of a sport mode like a car, in addition to the "basic" map. Unlike a car, Honda let's the computer decide which mode you need, not you.

Driveline - The Honda Pioneer models come with a triple mode drive system. Rear wheel drive, 4 wheel drive with limited slip front diff, and 4 wheel drive with fully locked front and rear diffs. The rear diff is locked all the time, so no more turf mode to help get around those super tight turns.

Not that big a deal for sporty type riding, but a potential really big deal depending on what kind of utility work you need to do. 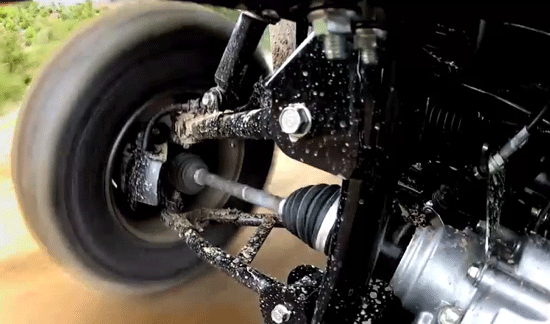 The new Pioneer has more suspension travel at both front and rear than the Big Red.

Suspension - The new chassis also allowed for a new suspension with more wheel travel than the out going Big Red. It's independent at both the front and rear, with acceptable ride and adequate handling. It seems to be a good compromise between low speed comfort and high speed handling. Not great at both, but not bad at either one.

Tires/Brakes/Steering - Front tires are 2 inches narrower, rear brakes are 30mm smaller, and the turning radius is a foot larger than the old Big Red.

The brakes aren't that big a deal since the Pioneer is about 175 pounds lighter. Honda says the smaller front tires were to lessen the steering effort. The larger turning radius is a by-product of the locked rear diff.

Color us amazed that Honda is not offering power steering on either version of the Pioneer, not even as an option! There's no doubt that that narrower front tires will have less traction when you need 4 wheel drive. We think this is a very questionable decision for the Honda Pioneer, especially the 700-4. 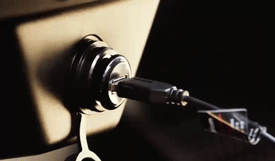 Convenience features like this covered USB connection are nice touches on the new Honda Pioneer.

Interior - Comfort was a priority in the new Honda Pioneer, and that started with finding more room for the passengers.

Foot space in the front is improved with a flat surface all the way across with no obstructions intruding into the area. Rear leg room is surprisingly good in the rear, even for those over 6 feet tall.

Not so good is the lack of an adjustable steering wheel. The front bench seats are OK, but if you don't fit the average size calibration, you'll just have to make do with the controls where they are.

If safety is a major concern, you can relax with seat belts for each of the 4 passengers, double latching doors, and large window nets to keep hands and feet from flying outside the perimeter of the roll cage. And yeah, the roll cage has excellent coverage and looks stout enough to do the job. 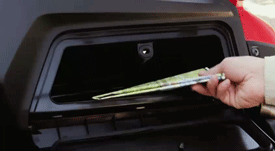 The Pioneer dash has a glove box with door for all your essentials.

The shifter for the transmission and drive mode selector are in the center of the dash within easy reach.

An automotive style emergency brake lever is left of the steering wheel.

The dash is topped off with a digital multi-meter and a glove box complete with door.

Versatility features - Big news here is the Honda Pioneer 700 4 seater with the dump bed that converts to rear seating, all contained in one of the shortest wheelbases of any 4 seat side by side UTV. The Kawasaki Teryx 4 would be the closest, but it sacrifices most of its' bed space for the rear seats. 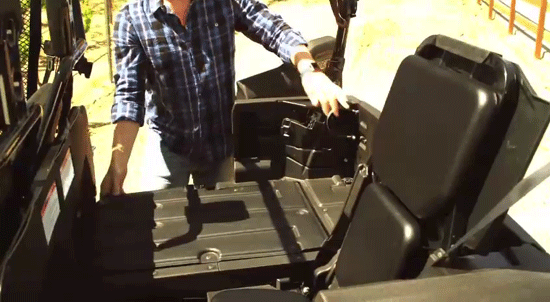 Our favorite feature of the Honda Pioneer is this dump bed with convertible seats integrated into the deck of the bed on the 700-4 model.

Honda Pioneer - What We Really Think.

Even though on paper the changes from the Big Red don't seem drastic, the Pioneer has a completely different look and feel. We felt that Honda missed the mark with their first side by side, so the Pioneer gets them back in the game with a solid effort.

The two Pioneer models aren't perfect, but we can say that Honda dealers we spoke to were a lot more excited about their new product than Yamaha dealers were about the new Viking. 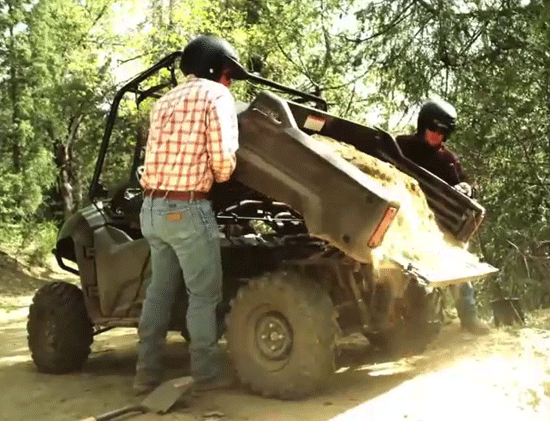 We like the Pioneer, especially the 700-4 with the convertible bed. But if Honda had included a 5 speed transmission and power steering, we could have loved it. 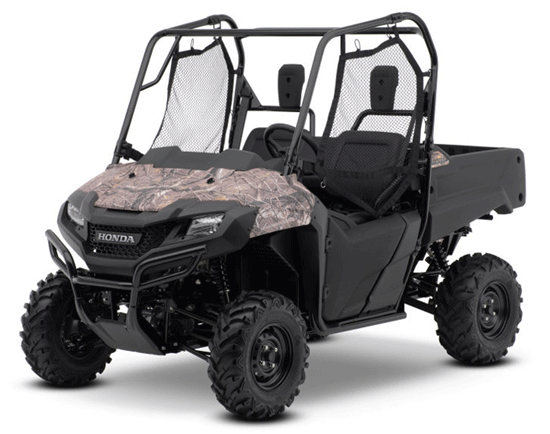